TU Delft students developed a game that teaches the player about the mechanics of geothermal energy. In their own words;

” Burning fossil fuels is a big part of our heat production. Since this process is both non-renewable and polluting, finding other options is important. A clean and underutilized alternative is geothermal energy. However, it is often not considered due to sheer ignorance or misconcep-tions. HotPipe is a serious game designed to alleviate these problems, particularly among youth populations. Players control a drill to create geothermal wells solving a variety of puzzles, which introduce relevant cases for geothermal heating and show what geothermal wells are made of. The game focuses primarily on conveying the concepts of water circu- lation, relation between temperature and depth, and rock type proprieties. From our game evaluation, players revealed a solid improvement on their geothermal energy knowledge.”

or click here to give it a try yourself! 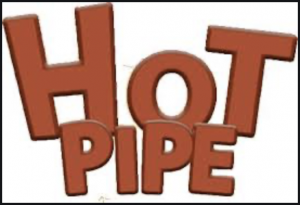 This website uses cookies to improve your experience while you navigate through the website. Out of these, the cookies that are categorized as necessary are stored on your browser as they are essential for the working of basic functionalities of the website. We also use third-party cookies that help us analyze and understand how you use this website. These cookies will be stored in your browser only with your consent. You also have the option to opt-out of these cookies. But opting out of some of these cookies may affect your browsing experience.
Noodzakelijk Altijd ingeschakeld

Any cookies that may not be particularly necessary for the website to function and is used specifically to collect user personal data via analytics, ads, other embedded contents are termed as non-necessary cookies. It is mandatory to procure user consent prior to running these cookies on your website.